trash and floatables
Posted on April 25, 2018 in Blogs

As concern about the impact of stormwater increases, manufactured treatment devices are being challenged to treat more than just sediment. One particular category of concern is floatables, including trash and oil. Whilst many are responsible, and either use UK Rubbish Clearance services or take their trash back with them to the nearest bin, it is still an issue. It’s not just people everyday that should be careful with their trash pollution, but it is also businesses that are at the forefront of plastic and other materials pollution. Some companies have started using things like phs Wastekit plastic baler, for rent and purchase, in order to reduce the amount of trash they produce and recycle as many things as possible. However, a lot of trash is still being filtrated into water systems around the world. Data for the effectiveness of manufactured treatment devices (MTDs) at removing these pollutants is scarce compared to sediment data, in part because of the relative complexity of working with these materials.

Fortunately for end users interested in seeing test results for floatables, these problems can be overcome. In fact there is already a protocol for testing oil removal and there is a protocol underdevelopment, by the Stormwater Equipment Manufacturers Association (SWEMA), for trash removal testing.

The floatables protocol is section 5.0 of the Procedure for Laboratory Testing of Oil Grit Separator protocol developed by the Toronto Region Conservation Authority (TRCA) for the Canadian Environmental Technology Verification (ETV) program. It can be found on the website, www.etvcanada.org, under the tabs Resources->Protocols and Procedures->Other). It uses a specific type of plastic bead to get around the problem of oil mess and sampling. The beads are reusable so disposal is not an issue. The basic elements of the protocol meet the requirements of ISO 14034 in terms of reproducibility and data quality.

The weakness of the protocol is that the beads are not cohesive in the way that oil is so the test is probably conservative in terms of how easy it is to separate already collected beads. On the other hand, the beads are a fixed size and relatively large so they will not be captured in a representative way. This makes the method best suited to oil retention testing and not oil capture testing.

The trash protocol is still in draft form but it does address all four issues. The most important element is the trash recipe, which is derived from the recipe found in the CalTrans report CTSW-RT-05-073-18-1. Information from this report was combined with other reports that were published around the same time to produce a trash recipe based on mass, as opposed to the volume based recipe in CTSW-RT-05-073-18-1. Mass is much easier to measure, since several of the elements are essentially two dimensional which makes accurately defining their volume is a challenge.

Trash is defined as objects larger than 5 mm so a removal test for a device with a screen with openings smaller than 5 mm is known in advance. In order to make the test more useful for all devices it tests for capacity as well as capture. It also tests for headloss as a function of trash accumulation and for the effect of blinding of the screen, if there is one.

Devices that can capture trash may have very different modes of action. For example, many oil grit separators will capture trash behind a weir without any screen. Sediment filters are much like screens but significantly finer. These devices are not purpose built for trash removal so they will have flow or retention limitations that are different from a trash screen or net. One solution would be multiple protocols, which is the case for sediment removal devices, and that could end up being required but for now a single protocol is proposed.

Finally, the issue of very high flows is addressed by allowing the testing of a section of the screen and scaling based on surface area and flux. A screen is an easy system to model. 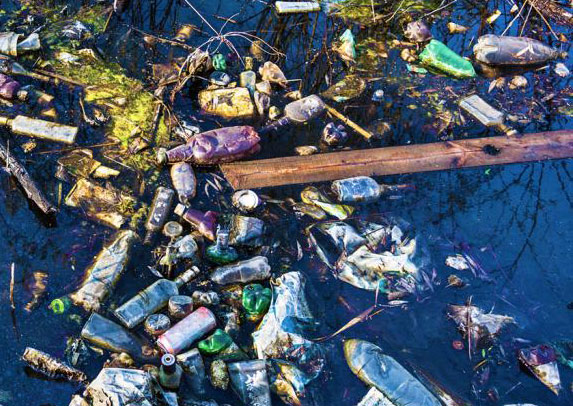